The Thanjavur Maratha Palace Complex, known locally as Aranmanai, is the official residence of the Bhonsle family who ruled over the Tanjore region from 1674 to 1855. The original name of Thanjavur Palace is Sivaganga Fort, which is rarely used these days. If you observe carefully, there is even a small moat around it which provided security against enemy access. Often mistakenly called the “Thanjavur Maratha Palace” was not built by Maratha Kings, but by Thanjavur Nayaks. However, the Marathas made some enhancements to suit their needs. It is more popularly called “Thanjavur Aranmanai” by the people of Tamil Nadu.

Thanjavur’s royal palace is a mixed bag of ruin and renovation, superb art and random royal paraphernalia. The maze-like complex was constructed partly by the Nayaks who took over Thanjavur in 1535, and partly by a local Maratha dynasty that ruled from 1676 to 1855. The two don’t-miss sections are the Saraswati Mahal Library Museum and the Art Gallery.

Seven different sections of the palace can be visited – and you’ll need three different tickets to see them all. The Art Gallery and Saraswati Mahal Library Museum are included in the ‘full’ ticket, along with the Mahratta Darbar Hall, the bell tower, and the Saarjah Madi. The main entrance is from the north, via a lane off East Main Street. On the way in you’ll come to the main ticket office, followed by the Maratha Palace complex. 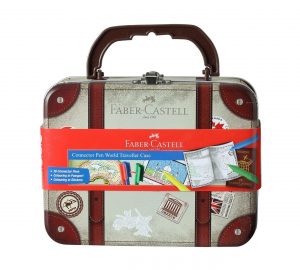 As you exit the passage, the fabulous little Saraswati Mahal Library Museum is on your left. Perhaps Serfoji II’s greatest contribution to posterity, this is testimony both to the 19th-century obsession with knowledge accumulation and to an eclectic mind that collected prints of Chinese torture methods, Audubon-style paintings of Indian flora and fauna, world atlases and rare medieval books. Serfoji amassed more than 65,000 books and 50,000 palm-leaf paper manuscripts in Indian and European languages, though most aren’t displayed. 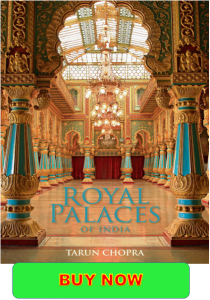 Thanjavur, the capital city of Cholas, is a flourishing city from the 7th century CE. At present there are two important forts namely Chinna Kottai (Little fort) and Periya Kottai (Big fort). Thanjavur Palace is situated within the Big Fort Complex. After the fall of Cholas in 1279 A.D, and a few centuries of Pandyan occupation, Sevappa Nayak captured Thanjavur and became the King in 1532.

The Thanjavur Maratha palace was originally constructed by the rulers of Thanjavur Nayak kingdom. The construction of Thanjavur Palace began in 1534 and was completed in 1535, thanks to plenty of local prisoners of war who provided manual labor.

The Palace was officially called “Sivagangai Fort” and was held by the Nayak family until April 1674, when the Maratha ruler Venkoji captured it. After the fall of the Thanjavur Nayak kingdom, it served as the official residence of the Thanjavur Maratha. The Marathas enhanced the original structure and expanded the palace complex.

Thanjavur Palace with its architectural beauty reflects the ‘Marathas’ and ‘Nayaks’ patronage towards art and culture. Paintings in the Darbar hall depict the scenes from epic Ramayana and stucco figures of Gods and Goddesses are well projected on the walls and ceiling.

The royal objects that are on display in the museum include royal clothing, headgear and hunting weapons. On the upper floor is a skeleton of a 92-feet whale that washed ashore near Tranquebar in 1955. Thanjavur Palace has the famous Saraswathi Mahal library, an art gallery and the Royal Museum with an interesting collection of artifacts, paintings, books and other memorabilia. The paintings in the Darbar Hall retell the stories from the epic Ramayana. The walls and ceilings are covered with detailed stucco figures of gods and goddesses.